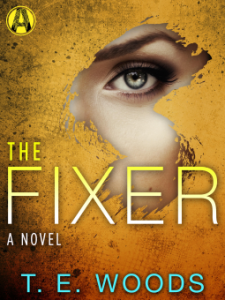 The Fixer by T. E. Woods

T. E. Woods delivers a fast-paced thriller–the first in an electrifying new series–peopled with sharp, intriguing characters and more twists and turns than a corkscrew.

“Never a doubt. Never a mistake. Always for justice. Never for revenge.” She’s the person you hire when you need something fixed–permanently. With a strict set of criteria, she evaluates every request and chooses only a few. No more than one job per country, per year. She will only step in if it’s clear that justice will not be served any other way. Her jobs are completed with skill and precision, and never result in inquiry or police investigation. The Fixer is invisible–and quite deadly. . . .

In the office of a clinical psychologist in Olympia, Washington, a beautiful young woman is in terrible emotional pain. She puts up walls, tells lies, and seems to speak in riddles, but the doctor is determined to help her heal, despite the fact that she claims to have hurt many people. As their sessions escalate, the psychologist feels compelled to reach out to the police . . . but it might be too late. In Seattle, a detective gets a call from his son. A dedicated journalist, he wants his father’s expertise as he looks into a suspicious death. Together they follow the trail of leads toward a stone-cold hired killer–only to find that death has been closer than either could have imagined.

I really enjoyed reading this book. It was definitely a page-turner and I had difficulty putting it down. It was a relatively easy read, was well paced and the plot was imaginative and well executed. The book seemed to effortlessly flow from one scene to another, from one character to another.

To begin it was difficult to know who the main character was as the action involved ‘The Fixer’, but we did not yet know who ‘The Fixer’ was, although there was significant allusion to point us in a specific direction.

I enjoyed the way the plot developed and how there were always surprises. It was not easy to divine who was responsible for what, before it was revealed and I like this in a book.

The building of back-story that revealed motivation behind certain plot elements provided much about that made events in the current time make more sense.

The relationship that developed between Lydia and Mort was interesting, each providing something that the other needed to move on from past negative events that had shaped their lives.

I would most definitely recommend this book to thriller fans, especially those that like to see the psychological motivations behind the actions of others.

This review was based on a review copy provided by Netgalley and the publisher. 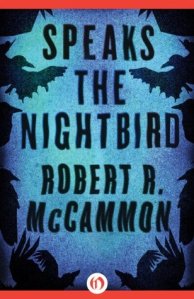 This is historical fiction and the first book in the Matthew Corbett series.

Came the time when the two travellers knew night would catch them, and shelter must be found.

God and Satan are at war in the colonial Carolina town of Fount Royal, and even the citizens suspect that a witch is behind the tragedies that have plagued the town. The chief suspect is the beautiful and haunted widow Rachel. Traveling judge Isaac Woodward and his bright young clerk Matthew Corbett arrive to conduct a trial–and uncover the true evil at work in Fount Royal.

Check this book out.

Find it here at amazon.com, Barnes and Noble and elsewhere.

The Ocean at the End of the Lane by Neil Gaiman

THE OCEAN AT THE END OF THE LANE is a fable that reshapes modern fantasy: moving, terrifying and elegiac – as pure as a dream, as delicate as a butterfly’s wing, as dangerous as a knife in the dark, from storytelling genius Neil Gaiman.

It began for our narrator forty years ago when the family lodger stole their car and committed suicide in it, stirring up ancient powers best left undisturbed. Dark creatures from beyond the world are on the loose, and it will take everything our narrator has just to stay alive: there is primal horror here, and menace unleashed – within his family and from the forces that have gathered to destroy it.

His only defense is three women, on a farm at the end of the lane. The youngest of them claims that her duckpond is ocean. The oldest can remember the Big Bang

I don’t want to rehash the story in this review. If you want that, read the description above, or better yet read the book. In fact, definitely read the book. Go on. I recommend it. I do not usually give out five stars in my vaunted grading system, but this book deserved it. I have to confess that I was a Gaiman virgin before this book. That is going to change, I can assure you. We have broken through the Gaiman hymen.

So, why did this book deserve five stars? I loved this book, so that in itself is enough for the five stars. I found the world that the author created both simple and complex at the same time. Filled with incredible scope, I felt this book was all about perspective, about how you looked at things, and about how you remembered things.

The main character I found interesting, both as a boy of seven and how he viewed the world and the situation into which he was inadvertently plunged, and also as an adult, with memories of things that were always just out of reach. His relationship with Lettie and the other Hempstock’s was fascinating as he began to realise that they were not just an ordinary farming family and that the world was not what he had thought.

It is hard to write too much without giving away aspects of the story that you would be much better off finding out by reading this wondrous tale. So I am not even going to try. Suffice it to say this was a work of great creativity, skill and beauty.

Now, go read the damn book. What are you waiting for?

This review is based on a hardback copy that I received as a gift from my girlfriend, a most inspired choice of book.

Having greatly enjoyed the first book in the series, I was pleased to see the release of the second book – Prodigy of Rainbow Tower, by Charles Yallowitz. Based on the first book, Beginning of a Hero, I highly recommend this. Very much worth reading. Here is some information regarding the release, although I am a little late to the party. 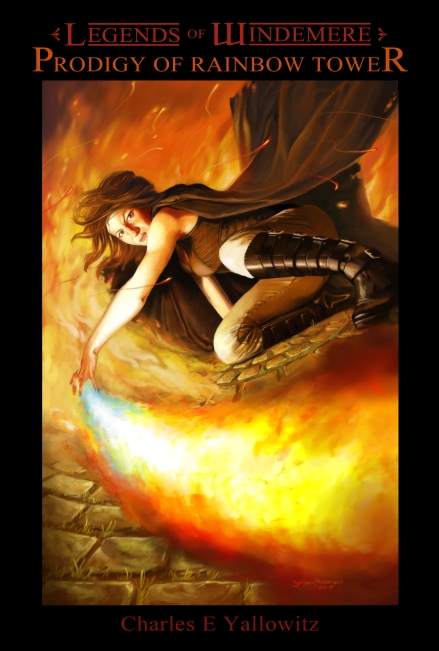 Legends of Windemere: Prodigy of Rainbow Tower will be debuting on July 31st on Amazon.

The action-packed, humor-filled, dramatic sequel to ‘Legends of Windemere: Beginning of a Hero’.

Battling through a demonic assassin and an army of monsters, Luke Callindor has survived his time at Hamilton Military Academy. Now, Luke and his friends must leave the safety of the academy to escort Duke Solomon’s heir down the L’dandrin River and into the safety of the city of Gods’ Voice. Joining them for this journey is Nyx, a powerful caster apprentice of Rainbow Tower. With her talent for combat magic and her short temper, Nyx will prove to be a challenge for Luke and all of their enemies.

Who will survive the harrowing trip down the L’dandrin River? And, who will be the one to break Luke’s trust?

Since this is the second book in a series, here is where you can get the first part.

Legends of Windemere: Beginning of a Hero:

I recently finished reading ‘Beginning of a Hero’, first part of the Legends of Windemere series by Charles Yallowitz. As it happens, I read this very quickly, for one simple reason. It was enthralling. I felt compelled to keep going, constantly wanting to know what happened next. Unfortunately I had to stop to leave for work, and with only a few pages remaining, it was extremely difficult to put it down. I kept saying to myself just one more paragraph, just one more page. Then I was very nearly late for work and spent the rest of the day waiting to get the chance to complete it.

Please do not be deceived by the title of this post however. It is not my intention to write a review of this wonderful book. There have been a number of reviews written about this book recently that have done the job far better than I could. In particular Ionias review is excellent, albeit with an insanely long title and is well worth reading. I do intend to add a quick review and recommendation to Amazon, and probably to Goodreads too.

I did want to make it known to everyone how much I enjoyed this book though. I thought that this book was great and I really liked many of the characters finding myself heavily invested in them from the beginning of the book.

The ending leaves a lot of unanswered questions for me and a real desire to know what happens next. I am eager for the sequel. So Charles, fantastic job, and when is the sequel likely to be out? I am waiting in anticipation.

I have been a member of the Goodreads site for a couple of years now. This is a little like Facebook for readers. I use this as a means of monitoring my reading and keeping a record of what I have read. I really like the yearly challenges where you challenge yourself to read a certain number of books in the current year. The site is also a good to connect with people that have similar reading interests. Getting recommendations from other members or just ideas from what they are currently reading  is also a nice way to vary your reading habits, and get other people’s views of the books that you enjoy.

I would heartily recommend this site to anyone interested in either reading or writing, since this is also a good forum for getting your work read.

Check out the Goodreads site at http://www.goodreads.com/

Feel free to add me as a friend, just say you have come from the blog.